In 1973, Louis K. Meisel Gallery opened its doors on Prince Street and West Broadway after 5 years on Madison Avenue as Meisel Gallery. The SoHo gallery currently occupies 20,000 square feet and continues to exhibit new paintings by many of the original Photorealist artists as well as a younger generation of realist painters and sculptors. Credited with coining the term “Photorealism,” Louis K. Meisel became a pioneer of Photorealist art, championing the work of such renowned painters as Richard Estes, Audrey Flack, Chuck Close, Charles Bell, Ron Kleemann, and Tom Blackwell. 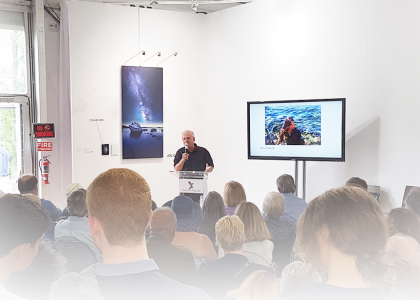