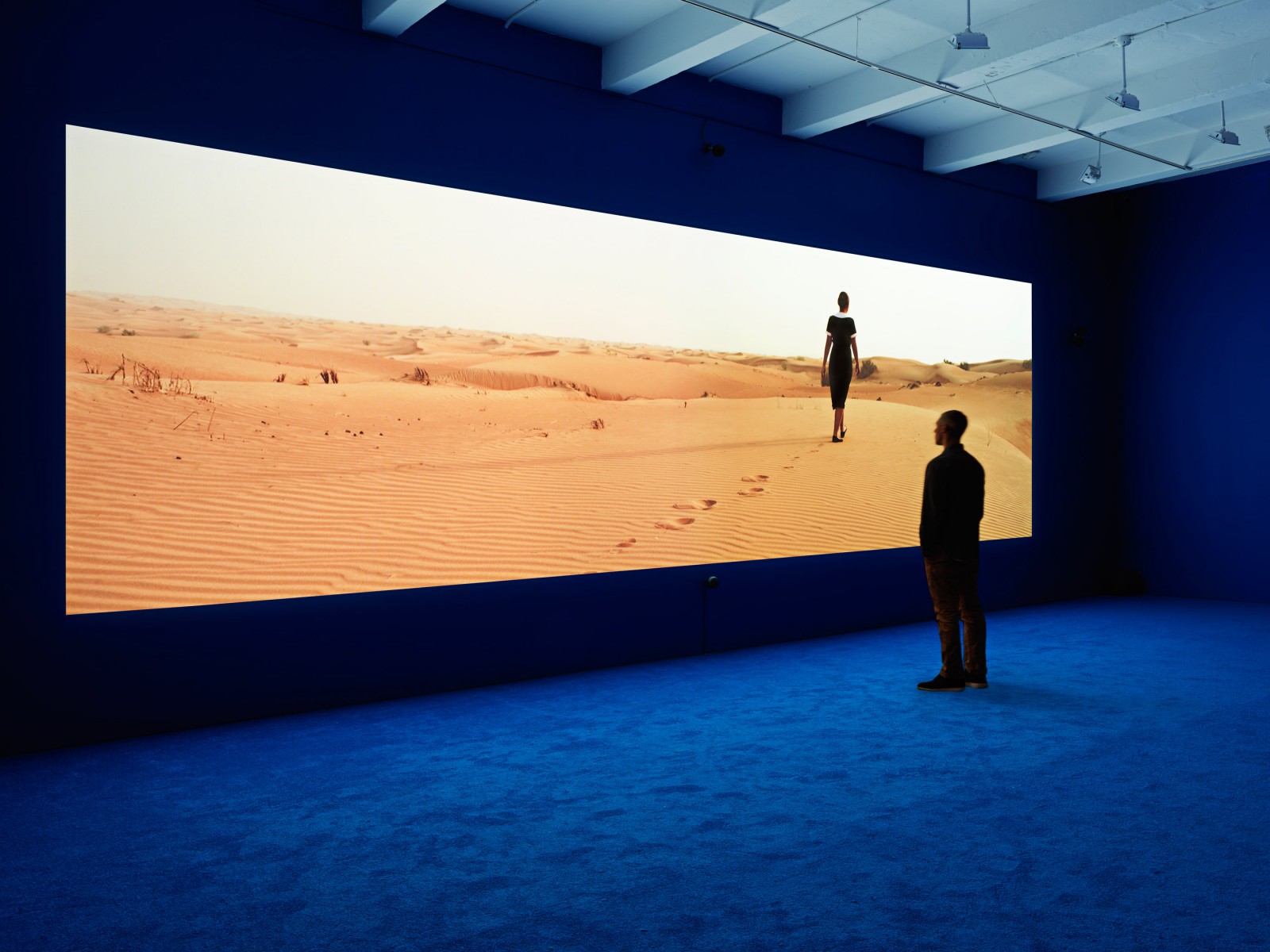 Isaac Julien CBE RA (United Kingdom, b. 1960) is an artist and filmmaker whose multi-channel film installations and photographs feature fractured narratives reflecting his explorations into race, class, sexuality, postcolonialism, and representation. Co-founder of Sankofa Film and Video Collective in 1983 and Normal Films in 1991, Julien has won numerous awards and honors and has had over 60 solo exhibitions worldwide. Marking the artist’s first major presentation in Los Angeles, Playtime (2014) is a captivating critique of the influence of capital in the art world. It stars James Franco, Maggie Cheung, Colin Salmon, and auctioneer Simon de Pury, among others. The seemingly disparate narratives of five vignettes demonstrate the various levels at which the flow of money has an affect on the production, dealing, and collecting of contemporary art, and the lives impacted by the system. Playtime has been exhibited at Fort Mason, San Francisco (2017), Platform-L Contemporary Arts Center, Seoul (2017); and Museo Universitario Arte Contemporáneo, Mexico City (2016); among other venues around the globe.