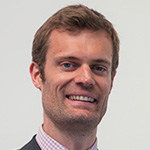 David De Buck is a gallerist and owner of De Buck Gallery in New York City. Born in Ghent, Belgium, David first pursued a background in Economics and Business, initially working as a banker in Switzerland in order to gain key business experience before turning his full attention to art. Due to his parents’ involvement in the contemporary art world, David grew up personally knowing many top European artists, especially those belonging to the New Realist movement, including Christo, Niki de Saint Phalle, Arman, César. This early exposure had a significant impact on David and has played a critical role in his career in the arts. In 2008, his passion and dedication to the arts brought him to New York and soon after De Buck Gallery was founded. Since 2008, De Buck Gallery has expanded tremendously and currently has three locations: Chelsea New York, Antwerp Belgium and the South of France. De Buck Gallery’s artist roster reflects a broad range of international artists in both the primary and secondary markets. Ranging from emerging to mid-career, De Buck Gallery represents artists across a variety of media, including photographers, painters, light artists, and conceptual artists. The gallery is specifically interested in mid-century and Post-War masters, such as Alberto Biasi, Turi Simeti, Pino Pinelli, and Shozo Shimamoto. De Buck Gallery is participating in the Art Miami New York fair, located at booth A6. The booth features work by Alberto Biasi, Turi Simeti, and Shozo Shimamoto.