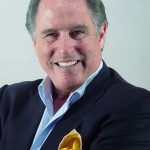 With forty years’ experience in conservation and restoration, Mr. Lewis has had the pleasure of conserving works by some of the world’s most significant artists including Peter Paul Rubins, Rembrandt, Frau Angelico, Gilbert Stewart, Salvador Dali, Picasso, Amsel Kiefer, Gerhard Richter, Rembrandt and Caravaggio among others. As a consultant to the Ministry of Culture, Republic of China, Mr. Lewis traveled extensively in the Far East where he trained personnel in conservation for fourteen museums including the National Palace Museum. Mr. Lewis is a frequent lecturer and symposia chairman for the American Institute of Conservation, Southeast Regional Conservation Association, and other museums, associations and universities including New York University, The Smithsonian Institutions, , Sotheby’s Art Institute, , The Museum of American Folk Art The Lowe Museum (Miami), The Bass Museum (Miami Beach), The National Association of Corporate Art Managers, Seaton Hall University, Florida Association of Museums and others. His undergraduate work was performed at American University with graduate studies and additional professional education at The Johns Hopkins University, New York University, Massachusetts Institute of Technology and the University of Delaware in conjunction with the University of London, Winterthur Museum, the Getty Conservation Institute, The Smithsonian Institution’s Conservation Analytical Laboratory, and The Metropolitan Museum of Art. Author and columnist, Lewis is the primary author of The Fine Arts Collector’s Guide (1996), and has been featured in Art News, The New Yorker, Art & Antiques, The Wall Street Journal, The New York Times, The San Francisco Chronicle and 278 national and Aa full page feature story in 278 international newspapers via an Associated Press feature article regarding his conservation of a major, heroic size Peter Paul Rubins allegorical painting. He also served as an expert to CNN in their documentary on the restoration of the Sistine Chapel, and was the subject of a National Public Television documentary about The Fine Arts Conservancy and his work He is currently a member of the Advisory Board of the Friends of the Uffizi in Florence, Italy, charged with selecting and financing restoration of major works of art in the Uffizi’s collection.