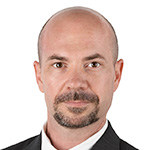 Harold Porcher was born in Charleston, South Carolina and studied fine art painting and biology at the College of Charleston. While in school, he developed a special interest in art sales and began his career as an art dealer. He moved to New York in 1989 and joined Sid Deutsch Gallery. He eventually became its director, thereby developing experience in the buying, selling and exhibiting of twentieth century American art. Mr. Porcher’s interest in American abstraction of the 1930s and 1940s led him to Snyder Fine Art, New York, where he served as gallery manager. After leaving Snyder Fine Art, Harold Porcher consulted for several private dealers, estates and artists throughout New York City and Chicago. In 1997, he started his own business, Sage Fine Art, specializing in the private sales of American abstract art from 1913 through the present. In 2000, his long time friend, the artist and illustrator Esphyr Slobodkina, invited him to co-found the Slobodkina Foundation, based in Glen Head, New York, which houses and presents Slobodkina’s life work to a varied audience. Mr. Porcher now serves as Vice President in charge of the Foundation’s art collection. Mr. Porcher has written extensively on modernist art for various publications and has curated several fine art exhibitions in New York City. Furthermore, he paints and exhibits his own work. Having joined Doyle New York in April 2006, Mr. Porcher is the Specialist in Charge of Modern and Contemporary Art.