Creatures of the Earth, Sea, and Sky: Painting the Panamanian Cosmos 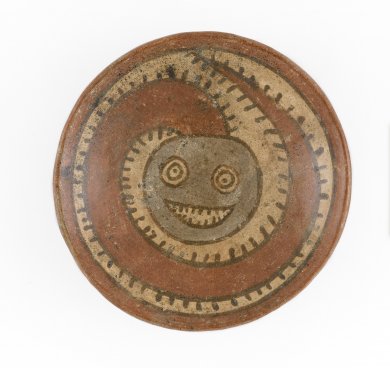 Ancient Panamanian art has not yet received the scholarly or public attention it deserves. Creatures of the Earth, Sea, and Sky: Painting the Panamanian Cosmos presents a unique opportunity to see a selection of extraordinary painted ceramics from LACMA’s collection, supported with loans from Drs Alan Grinnell and Feelie Lee. The dizzying slip-painting, covering every inch of the surface with strong, unusual colors and forming barely discernible figures, is identifiable only with ancient Panama.

The exhibition focuses on depictions of animals, real and mythical, that inhabit the different levels of the cosmos—the sea, earth, and sky. Artists disassembled readable images and merged them into hybrid combinations that are so abstract it makes identification impossible—and probably undesirable. The Panamanian aesthetic deemed naturalism far less important than the significance of unifying diverse cosmological beings into one multilayered image that captured a snapshot of the cosmos as experienced in shamanic vision quests.

As well as featuring ancient ceramics produced for elite burials, a few 20th-century textiles will be on display, showcasing both the ancient and modern fascination with bright colors, bewildering visuals, and the natural world.