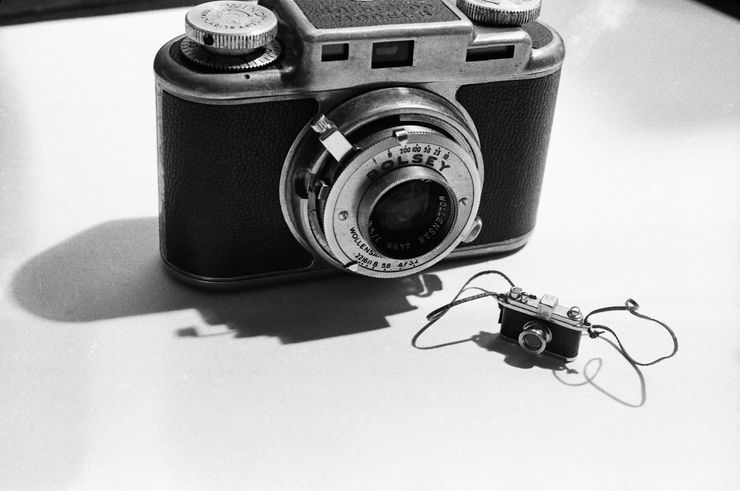 The Museum of Contemporary Art Chicago presents a major retrospective of works by Laurie Simmons (American, b. 1949). The exhibition showcases the artist’s career-long exploration of archetypal gender roles through photographs, sculptures, and films that span the last four decades, from 1976 to the present.

Using props and dolls as stand-ins for people and places, Simmons creates fictional scenes that mirror and unsettle the American dream of prosperity and feminine domesticity. The resulting works turn a critical eye on tropes that dominated the era of her upbringing, including the 1950s housewife and the Wild West cowboy. In describing these works, Simmons has said, “I was simply trying to re-create a feeling or mood from the time I was growing up: a sense of the fifties that I knew was both beautiful and lethal at the same time.”

In addition to its strong feminist stance, Simmons’s work also upends traditional ideas about photography as a medium. The namesake image for this exhibition, Big Camera/Little Camera (1976), shows an actual camera juxtaposed with a miniature camera, which exemplifies Simmons’s technique of manipulating scale. Far from straightforwardly documenting the world as it is, her photographs represent the effects of fiction on reality.

The comprehensive exhibition surveys nearly all of Simmons’s major series, including the iconic Walking & Lying Objects, begun in 1987, which features dancers wearing larger-than-life props as costumes that hide their torsos but reveal their legs. The poses create personified objects and objectified people, demonstrating how our culture defines, fetishizes, and flattens bodies—especially the female body—and material things. For one of her latest bodies of work, How We See (2015–ongoing), Simmons hired makeup artists to paint open eyes on her sitters’ closed eyelids. Inverting her usual practice by making real people appear uncannily artificial, Simmons addresses what she describes as “our longings, yearnings, and vulnerabilities” within the often-superficial world of social media.