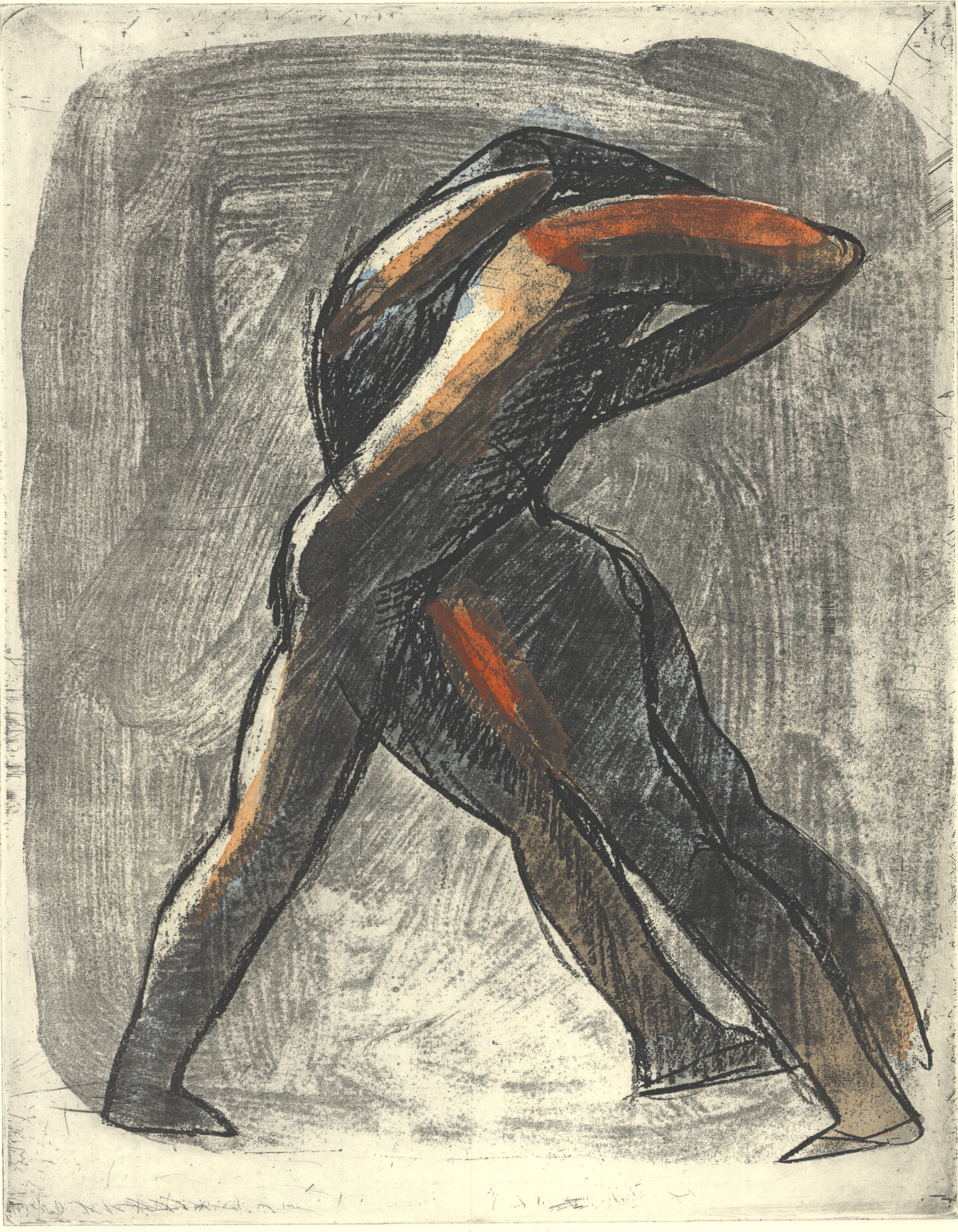 LOS ANGELES – Jack Rutberg Fine Arts will present an exhibition of works by New York artist George Nama and the late legendary filmmaker of Night of the Living Dead fame, George A. Romero, in an exhibition titled “LIBERATOR”. The exhibition will open with an artist’s reception from 6:00 to 9:00 p.m. on October 28th 2017, with George Nama in attendance, at Jack Rutberg Fine Arts, located at 357 North La Brea Avenue in Los Angeles. The exhibition extends through December 23, 2017.

“LIBERATOR” draws its title from one of George A. Romero’s final works – a short story written specifically for his friend, artist George Nama. The centerpiece of the exhibition of more than 40 works revolves around Romero’s poignant story inspired by the Golem – an ancient folkloric legend – and George Nama’s related etchings, drawings and watercolors. Their collaboration has resulted in a newly published limited edition, “LIBERATOR”, which includes Nama’s hand colored etchings and Romero’s evocative short story, published for the first time in this rare limited edition of 35 numbered portfolios, signed by both artists. The exhibition is accompanied by a 38 page fully illustrated exhibition catalogue, with brief writings by George Nama and Christine Forrest Romero.

George Nama has long been known for important collaborations whereby he created etchings, drawings and sculptures in dialogue with the writings of such luminaries and friends as Poet Laureate Charles Simic; the venerated French poet and art historian, Yves Bonnefoy; and renowned pianist and writer/poet, Alfred Brendel. Nama has exhibited internationally. His works are included in significant collections such as The Metropolitan Museum of Art, The Morgan Library & Museum, The Smithsonian Institution, Philadelphia Museum of Art, The Hammer Museum, Los Angeles County Museum of Art, Bibliothèque Nationale in Paris and others.

George A. Romero, the renowned filmmaker of the 1968 cult movie Night of the Living Dead is regarded as the most influential filmmaker of his genre. Increasingly, his films are recognized for their sociopolitical messages, and his writing “LIBERATOR” is no exception.

The exhibition of “LIBERATOR” was conceived by Romero and Nama to celebrate their 60 year friendship. Produced in tandem with Shepherd W&K Galleries in New York, the exhibition was originally planned to coincide with the anticipation of George A. Romero being honored with a Hollywood Walk of Fame star. Romero’s recent death on July 16, 2017 precluded that possibility, and the gallery exhibition will now be presented in memoriam for George A. Romero, with George Nama in attendance.

“LIBERATOR” opens October 28 at Jack Rutberg Fine Arts, located at 357 North La Brea Avenue, Los Angeles, California, 90036. It is presented in tandem with a major exhibition of paintings – “Hans Burkhardt in Mexico”. Both exhibitions extend through December 23. Gallery hours are Tuesday through Friday 10:00 a.m. to 6:00 p.m., and Saturday 10:00 a.m. to 5:00 p.m. For further information, phone (323) 938-5222 or email jrutberg@jackrutbergfinearts.com.