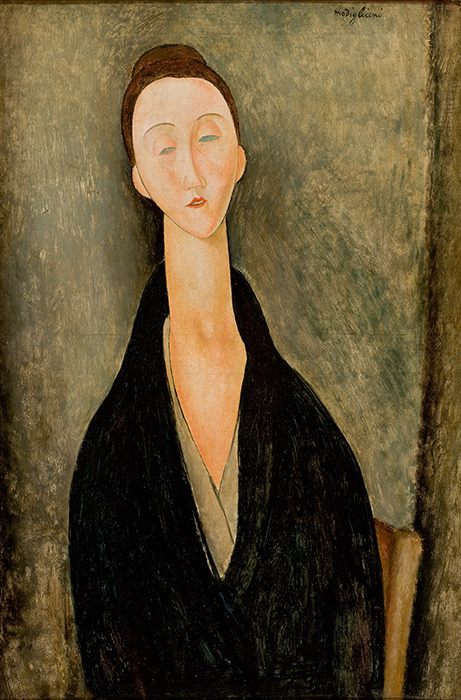 Modigliani Unmasked will consider the celebrated artist Amedeo Modigliani (Italian, 1884-1920) shortly after he arrived in Paris in 1906, when the city was still roiling with anti-Semitism after the long-running tumult of the Dreyfus Affair and the influx of foreign emigres. Modigliani’s Italian-Sephardic background helped forge a complex cultural identity that rested in part on the ability of Italian Jews historically to assimilate and embrace diversity. The exhibition will show that Modigliani’s art cannot be fully understood without acknowledging the ways the artist responded to the social realities that he confronted in the unprecedented artistic melting pot of Paris. The drawings from the Alexandre collection reveal the emerging artist himself, enmeshed in his own particular identity quandary, struggling to discover what portraiture might mean in a modern world of racial complexity.

The exhibition will include approximately 150 works, those from the Alexandre collection as well as a selection of Modigliani’s paintings, sculptures, and other drawings from collections around the world. Modigliani’s art will be complemented by work representative of the various multicultural influences—African, Greek, Egyptian, and Khmer—that inspired the young artist during this lesser-known early period.

Among the works featured are a mysterious, unfinished portrait of Dr. Alexandre, never seen before in the United States; impressions of the theater; life studies and female nudes, among them the Russian poet Anna Akhmatova; and drawings of caryatids and heads, which are telling of Modigliani’s sculptures, which he created over a five-year period from 1909 to 1914.