Past Is Present: Revival Jewelry 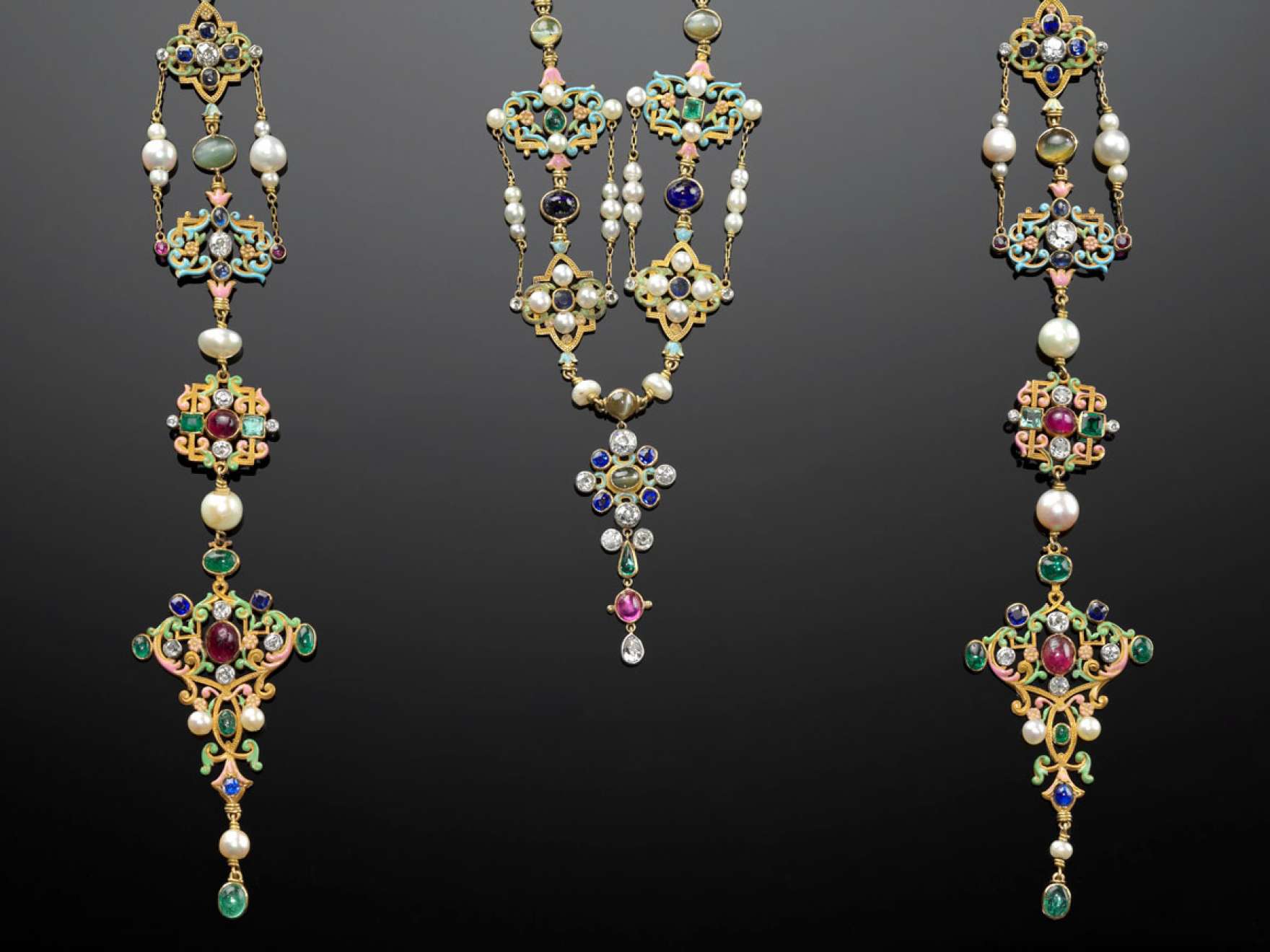 Whether copying or choosing motifs to reinterpret, jewelers have always looked to the past for inspiration. The practice became popular in the 19th century, as designers like Castellani, Giacinto Melillo and Eugene Fontenay began reviving examples of ancient ornaments, newly unearthed in archaeological excavations. Examine more than 4,000 years of jewelry history through about 70 objects—both ancient and revival—tracing the revival movement from the 19th to the 21st centuries. The exhibition focuses on four types—archaeological, Classical, Egyptian, and Renaissance. Highlights include a 1924 brooch, on loan from Cartier, paired with an Egyptian winged scarab (740–660 BC) with a similar design; an 1850s embellished gold brooch by Castellani; a Renaissance revival neck ornament (1900–04) designed for Tiffany & Co.; a 1980s Bulgari necklace adorned with Macedonian coins; and a 2002 Akelo pendant that emulates an ancient Etruscan granulation technique.