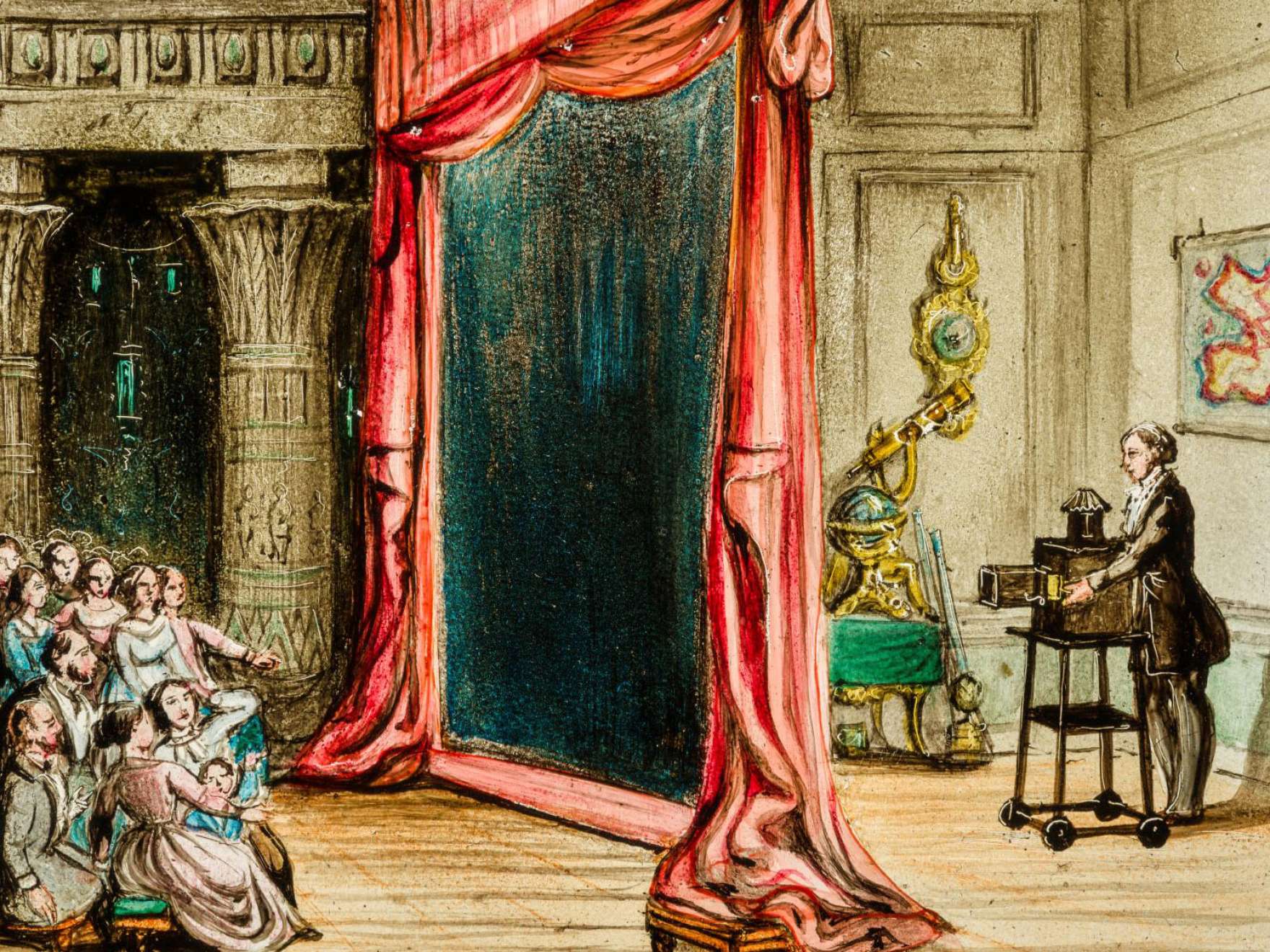 What did people do for spooky entertainment before the invention of the cinema? In the decades just after 1800, audiences throughout Europe and the Americas flocked to a ghoulish spectacle known as the Phantasmagoria, where they were transfixed by the illusion of brooding demons, hovering spirits, and all manner of strange and creepy beings advancing toward them in the dark. Once staged in a Parisian cloister, the Phantasmagoria featured eerie sound effects and moving images projected before the audience through the use of optical devices called magic lanterns.

The exhibition invites visitors to experience the thrills of the Phantasmagoria, simulating the early-19th-century mode of entertainment with a rear-projection video produced using original hand-colored lantern slides. The dynamic installation is accompanied by a selection of objects that illuminate the cultural moment that gave birth to the Phantasmagoria, as the rational spirit of the Enlightenment gave way to a taste for heightened emotions and otherworldly drama. Scholars and collectors have long been fascinated by the twists of perception produced by early projection systems such as the magic lantern, and the exhibition features many objects from Richard Balzer (1944–2017), who assembled one of the most important collections of optical prints and devices in the US. The audience knew it was trickery but went along for the ride—much like fans of horror and science fiction films today.