THAT CONTINUOUS THING: ARTISTS AND THE CERAMICS STUDIO, 1920 – TODAY 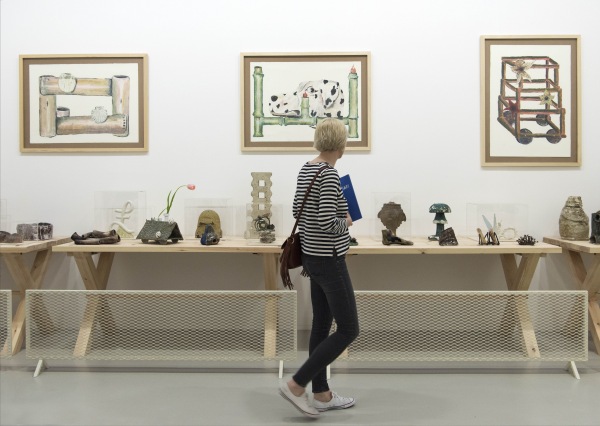 Opening with exchange between Japan and the UK in the 1910s and ’20s through the emergence of studio potters such as Bernard Leach and Shoji Hamada (who moved from Japan to St Ives in 1920), William Staite Murray and Dora Billington, the exhibition leads on to the Californian ‘clay revolution’ of the 1950s and ‘60s, with sculptures by the pioneering sculptor Voulkos and his students, including Ken Price, Rudy Autio and Ron Nagle. A specially commissioned series of ceramic sculptures by the young British artist Jesse Wine will be included in response to the display. The final section of the exhibition, developed with artist Aaron Angell, recalls artists working in London in the ‘70s and 80s, celebrating the experimental work of Gillian Lowndes, Richard Slee and other ‘hand-building’ contemporaries. These will be shown alongside a presentation of works by a number artists – including Anthea Hamilton – made over the last three years at Angell’s London-based Troy Town Art Pottery, which he describes as ‘a radical and psychedelic workshop for artists’.