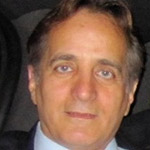 James Cavello is President and co-owner of Westwood Gallery since 1995. He is an award winning Curator, film producer and respected art expert and advisor. He began his art career in the late 1980’s serving as President of the Park Slope Artists Council, a non-profit organization with over 300 artists. He organized exhibitions in alternative spaces, both national and international. Thereafter, Mr. Cavello was appointed Director of the former Museum of the National Arts Foundation and later established an arts consulting business in SoHo. He advised and assisted corporations with their art collections and also worked with private collectors acquiring secondary market art. After establishing Westwood Gallery with Margarite Almeida, their gallery program expanded from Contemporary artists to include multi-media, photography, secondary market and artist’s estates. Throughout his career, James has been called upon by corporations and foreign governments to curate, advise, and assist with art programs and acquisitions. In the past five years James has acquired several prominent New York artists’ estates focused on the period 1960’s-80’s, with an objective to educate a new generation of collectors. In addition, he serves on the board of several non-profit organizations.