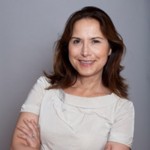 Vivian Pfeiffer is Private Sales Director – Americas. In this role, Ms. Pfeiffer is responsible for driving sales activity across categories for Christie’s Private Sales channel in the Americas region.Ms. Pfeiffer began her Christie’s career in 1990 and was instrumental in building the company’s success in Latin American Paintings. Most recently, she was SVP and Managing Director for Christie’s North and South American Regional offices, as well as International Senior Contemporary Art Specialist. During her early tenure as Regional Director in the Latin American Paintings Department, she contributed to the success of the growing collecting field and was instrumental in the sale of many major works. In 1993, she organized the first Latin American Paintings benefit sale in New York City to raise funds for AIDS research. In 1997, she curated an exhibition on Cuban Modern Master Amelia Pelaez at the Lowe Art Museum at the University of Miami. Ms. Pfeiffer has done extensive research of Latin American Masters and has contributed to several publications, including Museum exhibition catalogues. Ms. Pfeiffer is an active participant in several art institutions, currently an Honorary Trustee of the Museum of Contemporary Art in North Miami; also a member of the International Council of the Museum of Latin American Art in Long Beach, California; and a member of the board of Locusts Projects, a non-for profit Miami that provides opportunities for artists. Ms. Pfeiffer holds a B.S., B.A. and an M.B.A. from the University of Hartford. Born in Buenos Aires, Ms. Pfeiffer now lives in Coral Gables, Florida, with her husband and two children.