Introducing a documentary photographer and the author of Fearless Genius: The Digital Revolution in Silicon Valley 1985-2000.

This session features a booking signing and conversation with artist Doug Menuez. His story chronicles the Silicon Valley technology boom, capturing key moments in the careers of Steve Jobs and more than seventy other leading innovators as they created today’s digital world.

Participants will learn about the hidden tribe that spawned an explosion of innovation that changed our world.

Doug Menuez is a former newswire photographer who, in the mid-1980s, abandoned his successful career to document the Silicon Valley technology boom. His work captures key moments in the careers of Steve Jobs and other leading innovators as they created today’s digital world. He gained unparalleled access to some of Silicon Valley's most famous figures, including Bill Gates, Linus Torvalds, Tim Berners-Lee, and Larry Ellison. His photographs offer a unique behind-the-scenes look at the people who created today's digital age. We'll take a look at some of Menuez's most iconic images and learn more about the man behind the lens.

Doug Menuez's photos are more than just snapshots of history; they're works of art that evoke both excitement and nostalgia. They remind us of a time when anything seemed possible and inspire us to dream big. In 2019, Menuez released "Fearless Genius: The Digital Revolution in Silicone Valley 1985-2000," a book containing over 200 of his photographs from this period. The book was met with critical acclaim and is now considered one of the most important visual records of Silicon Valley history.

Doug Menuez is a celebrated photographer whose work offers a rare glimpse into Silicon Valley during its early days. If you're interested in learning more about this important period in history, be sure to check out "Fearless Genius: The Digital Revolution in Silicone Valley 1985-2000." You won't be disappointed. 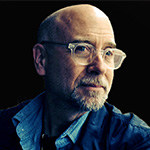 Doug Menuez (b.1957) is an American photographer who studied fine art at the San Francisco Art Institute and photojournalism at San Francisco State University. He began his career in 1981 at the Washington Post then began freelancing for Time, LIFE, Newsweek, Fortune, the New York Times Magazine and many other publications. His subjects have included the AIDS crisis, the early homeless crisis,...