Osvaldo Romberg has produced a consistently provocative body of work that raises questions regarding the exploration, explanation and the representation of art and art history.

He also will discuss his work as a curator for various institutions. 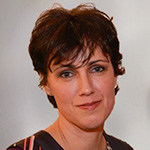 Christine Pfister was born and raised in Switzerland, before moving to the United States. She attended Christie’s Education at Christie’s in New York and since 1995 she has been the Co-Owner and Director of Pentimenti Gallery in Philadelphia. The gallery exhibits contemporary art by emerging to mid-career artists. The gallery’s exhibitions were reviewed in major magazines and newspapers, such as Art in America, Timeout New York, the Brooklyn Rail, USA Today, Philadelphia Style Magazine, Philadelphia Inquirer, and more. The gallery has exhibited nationally at various art fairs, most recently at Pulse New York and Volta New York. She has also given many lectures, and participated on panels, in the Philadelphia area. Lectures include the University of Pennsylvania, the University of the Arts, the American Association of Museums, and more. She is active in a variety of cultural organizations including CFEVA, ArtTable, The Main Line Art Center, etc. 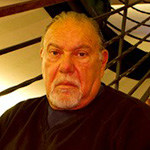 Osvaldo Romberg is an Argentine artist, curator, and professor who has lived and worked in Philadelphia, New York, and Argentina. Romberg draws his inspiration from western art history and his own Latin-American background. He has consistently produced a provocative body of work questioning the exploration, explanation and the representation of art and art history. Rombergs’ work showcases a unique cultural and personal framework that challenges and redefines traditional art practices. Romberg is featured in major museums around the world including: Museum of Modern Art, New York; Museo de Arte Moderno, Buenos Aires; The Tel Aviv Museum, Tel Aviv; The Brooklyn Museum of Art, New York; Philadelphia Museum of Art, Philadelphia; Ludwig Museum, Cologne; The Library of Congress, Washington, DC; and more. Osvaldo Romberg has been the recipient of numerous awards and grants such as the Graham Foundation Grant; the Heilman Artist and the Prize for a Senior Visual Artist, Israel Ministry of Culture, and more. He has also been featured in many publications including: Paper Biennial of Dueren, Germany; Aldrich Museum of Contemporary Art, Connecticut; and many more. Osvaldo attended school at Colegio Nacional de Buenos Aires and Universidad de Buenos Aires, Facultad de Arquitectura. Romberg is also the co-founder and Senior Curator of the Slought Foundation in Philadelphia, PA. 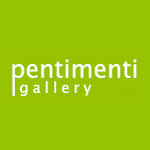