Building an art collection can sometimes be confusing and intimidating.

It’s easy to fall in love with numerous pieces across a variety of eras, mediums, subjects and price points. How do you decide which direction to take? How do you navigate between online sites, traditional auction houses, and brick-and-mortar galleries? Should you seek “expert” advice and from whom? 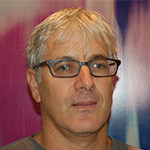 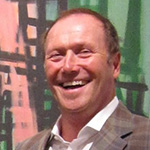 Tom O’Connor has been an art advisor for over twenty five years. In that time he has helped hundreds of corporations and individuals to acquire unique and interesting art collections. He is adept at addressing large scale and campus wide projects. Tom specializes in sourcing and commissioning monumental paintings, sculpture and artwork in other media. Originally from New York, Tom returns there regularly to visit galleries. He also attends the major international art fairs to stay abreast of the current market, ensuring that his clients receive the very best representation. To this end, Tom maintains relationships with individual artists, galleries, auction houses, and private dealers. Tom frequently lectures on art at venues ranging from colleges to client gatherings and retreats. He currently serves as a juror with the Art4Aids annual event benefiting the Aids Health Project. Tom is also currently an American Society of Appraisers (ASA) Candidate Member. His appraisal training at the University of California, Irvine enables him to perform appraisals of fine art objects to ensure that his clients’ collections are appropriately valued and that they do not overpay for the artwork they acquire. 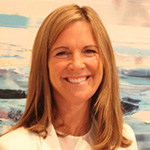 Established by Lisa Dolby Chadwick in San Francisco in 1997, the Dolby Chadwick Gallery represents an international roster of emerging and mid-career artists working in traditional and hybrid media, including oil painting, drawing, printmaking, sculpture, and photography. The gallery seeks to exhibit articulate, visceral and provocative new work, and to support its artists in the development of their creative process and vision. Embracing a range of styles and content, the gallery’s program focuses on works in which the artist’s dedication to craft, observation, and materials is evident. A common thread is work exploring and redefining the varieties of visual perception and optical effects— celebrating the unexpected surprise of sight and insight. Director Lisa Dolby Chadwick has over 23 years fine arts and gallery expertise, and has overseen more than 20 catalogues and monographs. She co-organized the Stephen DeStaebler career retrospective exhibition and monograph for San Francisco’s de Young Museum in 2012, a show cited by SF Chronicle art critic Kenneth Baker as among the best of the year. Dolby Chadwick is a 15-year member of the San Francisco Art Dealers Association where Lisa served as a board member for 2 years. She currently serves on the board at the Achenbach Graphic Arts Council at the de Young. 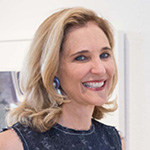 Jennifer Biederbeck currently serves as Head of Sotheby’s San Francisco Office. In this role she negotiates auction sales, private sales, and appraisals for Northern California buyers and sellers of art. She also oversees corporate support and outreach to art-related regional institutions. Ms. Biederbeck joined Sotheby’s in 1988 as a Cataloguer in Sotheby’s New York Jewelry Department. During her tenure with this department she participated in such landmark sales as Jewelry from the Andy Warhol Estate, Magnificent Jewels of the Countess du Boisrouvray and The Jacqueline Kennedy Onassis Estate, among others. Ms. Biederbeck is a native of San Francisco. She received her undergraduate degree from Stanford University and is a Graduate Gemologist. She is active in the non-profit sector, currently serving on the Development Committee of the Fine Arts Museums of San Francisco and the Women’s Board of the California Pacific Medical Center.

eBay is opening the doors of traditional auction houses, giving global shoppers a new way to bid on world-class art and collectibles. This is the…