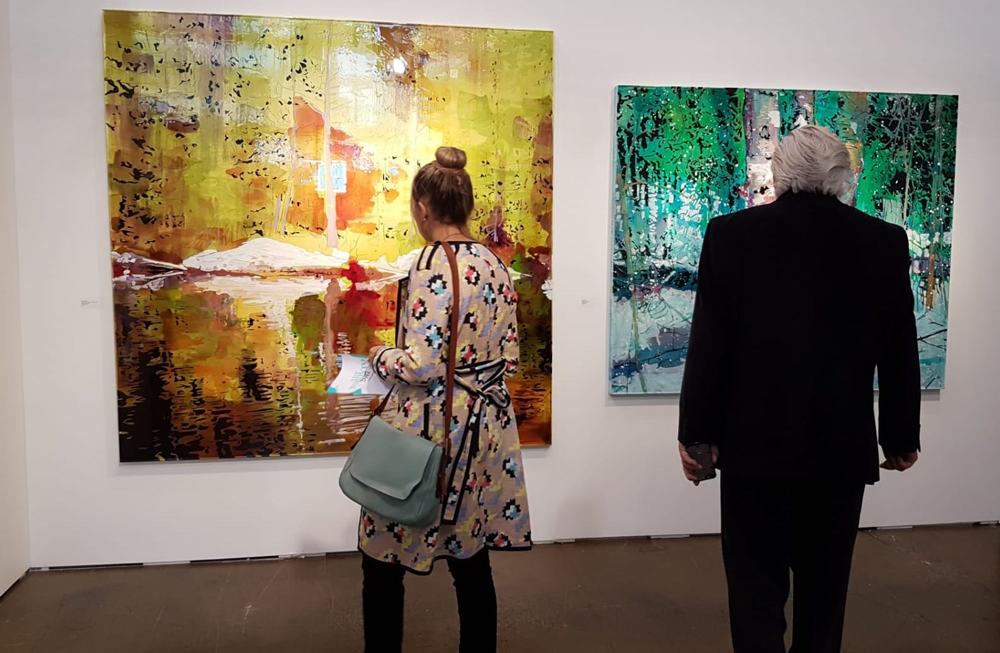 The lack of transparency in the art market has been of great concern to buyers and sellers of fine art, as well as, and increasingly, parties lending against art as collateral. Lack of transparency in art transactions may create a more hospitable climate for money laundering, forgery and other illegal activities that threaten the value of any given work of fine art. Opacity related to pricing, in particular, may encourage insider trading and conflicts of interest in ways that are not apparent to the market, or to a good faith purchaser. Of course, the art market has always had a culture of secrecy, which in many ways contributes to its identity and uniqueness as an industry. But while this secrecy may attract certain buyers, it also discourages increased investment. Despite the potential allure of secrecy, players in the art market increasingly see their fine arts investments as an extremely valuable asset class, and they want to protect these assets as they would any other.

There has been increased attention by the market and courts of law to the diligence efforts conducted prior to sale regarding title, provenance, and authenticity. Similarly, and possibly as a reaction to increased legal scrutiny, we are seeing a real effort (and desire) for transparency in the form of increased art investment literature, art market indices, art fairs that are open to the public, auction and price databases and art market research services.

Several recent lawsuits continue to raise an ongoing issue in the art world related to how much diligence buyers must undertake before purchasing a valuable piece of art. The many Knoedler Gallery cases (about the large number of forged art works sold through the oldest and most respected gallery in New York), for example, rested largely on the question of whether the purchasers of forged art works can argue they “reasonably relied” on the Gallery’s representations as to authenticity without conducting extensive diligence. Another recent case from the federal district court in New York, ACA Galleries Inc. v. Kinney, upheld on appeal, suggested that professional buyers may even have a responsibility to hire experts before purchasing a work of art or they will be blocked from fraud and mutual mistake claims.

What can buyers, investors or financers of or in fine art do to mitigate risk?

Our best advice to our clients is to do as much research as possible before entering a transaction involving a work of fine art, such as a sale or a loan. Purchasers and lenders should run UCC lien searches, review all available provenance information, ask for chain of title documentation, ask for import or export documentation, review prior sales history where available (or ask for it), consult artist foundations and other experts to learn about the history of a work and to inspect it. Parties should also be alert to red flags that signal the transaction is too good to be true or not as it seems. Where the purchase price or value asserted is far below market value or where the deal negotiations differ from typical art market negotiations, there may be harmful information hidden somewhere. This may also be true where a seller or borrower has current or regular financial difficulties or prior known ethical misconduct.

In the current climate, players in the art market have a greater awareness of the need to ensure by private agreement all legal protections and avenues for recourse possible in the event the work is later found to be fake or otherwise not as originally represented. Consulting a trusted legal advisor is the first step to thinking through the steps one can take to maximize the transparency of any deal and feel secure that the risks of bad title, forgery and hidden claims are mitigated. A good legal advisor will also help draft deal documents that protect the rights of his or her client with respect to any lack of transparency risks present in a given transaction.

How important are appraisals and authentication opinions have in mitigating risk?

They are an important element of high stakes due diligence, but they can be hard to get. Art appraisers and authenticators face significant legal risks in offering opinions as to authenticity, or simply questioning assumptions about provenance, authorship and dating. For example, we have seen the art world’s major authentication boards (the Warhol Foundation, for example) call it quits because of the risks and expense involved in taking a public stance on authenticity. Because there are such great assets at stake (thinking of art as a major investment vehicle, not just an aesthetic collector item), collectors and owners or potential owners are invested and directly affected by expert analysis of art authenticity. These opinions can shake art markets. We have seen defamation and interference with business dealing type lawsuits against art appraisers and authenticators. We are also, in our own practice, seeing great hostility to art experts conducting scientific analysis because it seems to present a threat to the connoisseurship model that has dominated art authentication study for so long.

This is why legislation to protect art authenticators, such as a recent bill introduced in New York, is so important. Those who offer expert opinions need to receive protection if they are to freely give such opinions and without those opinions courts will be relatively handicapped in evaluating authenticity and appraisal issues.

It is important that anyone offering an expert opinion about authenticity have a solid engagement agreement with the client that indemnifies the expert against any future lawsuits related to his or her work and makes clear that the opinions rendered are just that, opinions.

What are key legal risk factors when transacting art deals across international borders?

This depends on the countries involved. Most European countries, for example, have export laws that regulate the export of art and cultural property. So if you are in Europe, you need to be keenly aware of those laws. The United States does not have such export laws and does not enforce the export laws of other countries, but is a signatory to the 1970 UNESCO Convention regarding the illicit transfer of cultural property and under the 1983 U.S. Property Implementation Act recognizes some rights of other countries to claim their cultural property and the U.S. government has been increasingly aggressive in assisting other countries to repatriate antiquities that were improperly obtained. U.S. courts actually look to the law of the country of origin in determining what must be repatriated, which adds complication to the responsibilities of U.S. courts in these types of lawsuits. These considerations apply equally to lenders who typically look at these issues as part of their due diligence – in the same way they review issues of authenticity and title.

In addition, for dealers in antiquities, selling cultural property from countries with patrimony laws can land you in prison for violating the U.S. National Stolen Property Act. This criminalization of our cultural property laws has been extremely controversial, particularly among the dealer community, and there has been a vocal movement to get the U.S. Congress to enact legislation overruling judicial decisions affirming convictions of dealers who knowingly trade in stolen cultural property.

To hear from the experts themselves, check out the online talk on NAVIGATING RISK IN THE CONTEMPORARY ART MARKET. Watch Now!