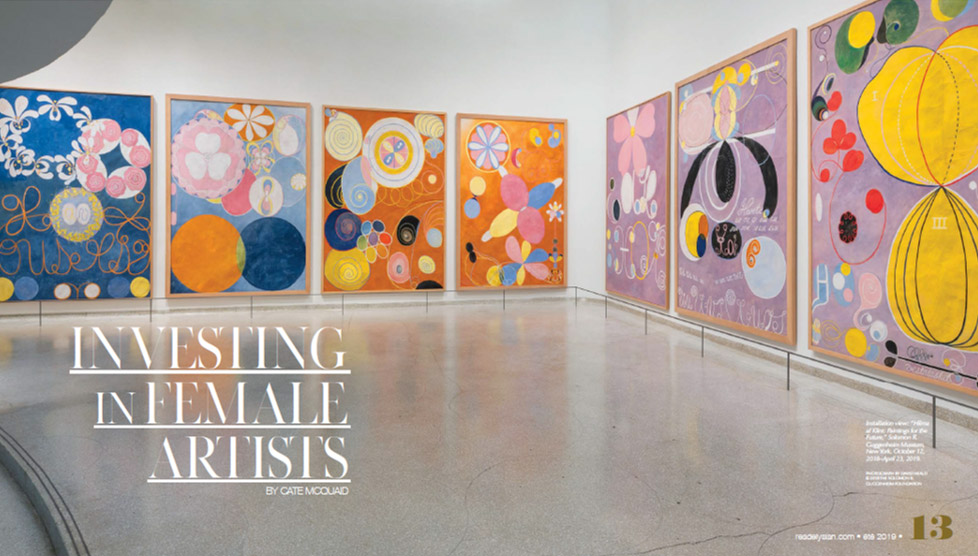 If You’re Thinking of Collecting Art by Women, Now Is the Time

Women artists—from old masters to those just out of art school—have slowly gained traction in museums and on the art market for years. If you’re thinking of collecting art by women, now is the time.

This year appears to be a watershed. “Hilma af Klint: Paintings for the Future,” an exhibition of work by the Swedish modernist that closed in April, shattered records at the Guggenheim, pulling in 600,000 viewers.

In January, Victoria Beckham joined forces with Sotheby’s during Masters Week to spotlight 21 works by 14 women in a show called “The Female Triumphant,” including gold-standard artists such as Artemisia Gentileschi and Elisabeth-Louise Vigée Le Brun. Sales exceeded estimates, realizing $14.6 million.

The 2018 U.S. Trust Insights on Wealth and Worth survey conducted by Bank of America found that the proportion of its clientele of highnet worth women investing in art more than doubled from the previous year—from 16 percent to 36 percent.

Collecting art takes passion, and it takes work. If you’re put off by the head-scratching research, the hushed austerity of white cube galleries, the competitive bustle of art fairs or the prospect of competitive bidding at auction, Julia Wehkamp of One Art Nation recommends hiring an art advisor. Read more about investing in female artists here!