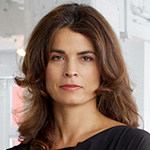 Since 2003, Ms. Norris has presented a compelling contemporary and modern gallery program and she has worked with over one hundred of the top museums around the world on acquisitions and exhibitions. Ms. Norris has been the primary gallerist building the markets of Dorothea Tanning and Leonora Tanning to surpass record sales, breaking the $1 million mark at auction, a threshold previously reached by few female artists. Recently, Ms. Norris has been collaborating with San Francisco Bay Area developers to create a stronger public art presence in the region and she has been hired by notable development projects in San Francisco, including for Salesforce Tower. Upon completion, the tower will be the tallest building in the Western United States. Presently Ms. Norris is President of the San Francisco Art Dealers Association. Recently she spoke about public art at SPUR, a non‐profit, civic planning organization, and she participated as key speaker on a Berkeley Art Museum panel advising museums on collecting contemporary Asian Art Ms. Norris founded the biennial San Francisco Artist Award in 2010, given to a Bay Area artist whose career could be markedly changed when given the opportunity and support to exhibit at a gallery.