Join the San Francisco Art Dealers Association (SFADA) for an inspiring panel discussion on the impact of giving back in the arts.

The panelists will touch on the impact of arts philanthropy and the diverse ways to support a healthy arts ecosystem, from buying art or donating to nonprofits to investing in ventures that bolster the local arts economy. In addition to sharing their experiences in arts giving, the panelists will answer questions on how to get started in arts philanthropy, what questions to ask, and where to find relevant information. The panel will include philanthropy specialist Christine Sherry, Principal of Sherry Consulting, and philanthropist Deborah Rappaport, Co-founder of Minnesota Street Project, and be moderated by Emiko Ono, Performing Arts Program Officer at the William and Flora Hewlett Foundation. 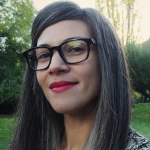 Emiko Ono currently serves as a program officer in The William and Flora Hewlett Foundation’s Performing Arts Program. In this role, she manages grants that support more than 80 arts organizations in the San Francisco Bay Area with budgets ranging from $100,000 to $80 million. Emiko has more than 14 years of experience developing and leading museum, leadership development, and grantmaking programs in the arts. Prior to joining the Hewlett Foundation, she served as the director of grants and professional development programs at the Los Angeles County Arts Commission and Arts Council for Long Beach, and held several positions at the Natural History Museum of Los Angeles County. Emiko holds degrees from the University of California, Berkeley, and Bank Street College of Education in New York City. 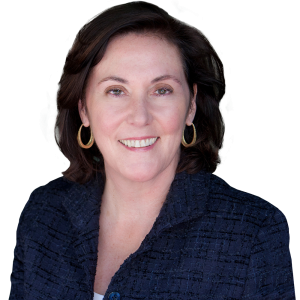 Christine Sherry founded and leads Sherry Consulting, a philanthropic advising practice serving some of the most well respected philanthropists and foundations in Silicon Valley and globally. Christine is also a Visiting Practitioner at the Stanford Center on Philanthropy and Civil Society and teaches courses on philanthropy and nonprofit leadership through Stanford Continuing Studies. Christine was the founding Director of The Philanthropy Workshop West, widely viewed as one of the most influential and successful donor education programs in existence focusing on global and domestic high impact philanthropy. Christine advised more than one hundred graduates of the program in the development of their philanthropic strategies, in Silicon Valley, nationally and internationally. Prior to founding TPW West, Christine was Vice President, General Counsel and Secretary of SRI International. 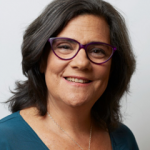 Deborah Rappaport is President of the Rappaport Family Foundation. The Foundation focuses on increasing civic engagement and access to the levers of power among traditionally underserved young adults. She is also a partner in Skyline Pubic Works, LLC, and a jewelry designer, operating as Deborah Rappaport Jewelry. Deborah is a member of the Boards of Directors of Berkeley Art Museum/Pacific Film Archive, Creative Capital, Headlands Center for the Arts, and People for the American Way and People for the American Way Foundation. She is a past president of the San Jose Museum of Art Board of Directors, a past member of the Bolinas Museum Board of Directors, and a past member of several political and social service boards. Deborah and her husband Andy are collectors, primarily of social commentary art produced across a wide range of media by emerging and mid-career artists. They live in San Francisco and Bolinas, CA, and are the parents of three adult daughters.

Founded in 1972, the San Francisco Art Dealers Association (SFADA) seeks to promote the highest standards of connoisseurship, scholarship and ethical practice within the gallery…