The art market can be tricky to navigate and there are no guarantees of profitability but post-war and contemporary art is proving to be irresistible to collectors. Join Phillips specialists from Latin American Art, Post War and Contemporary Art and Watches, as they discuss the current state of the market.

Latin American art, once considered a niche market, is now at the top of many collectors’ lists as it becomes more fully incorporated within the global art market, with artists such as Carmen Herrera, Gabriel Orozco and Doris Salcedo selling across auction categories. Likewise, the market for collectible watches – what many consider as wearable works of art – has seen tremendous growth in recent years due to their timeless appeal and superb craftsmanship. Join us for a special roundtable discussion with Phillips’ Specialists to learn more about the burgeoning markets for these exciting collecting genres. 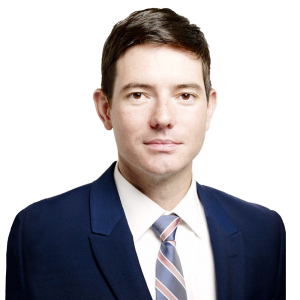 John McCord is a Specialist and Head of the 20th Century & Contemporary Art Day Sale at Phillips, where he is responsible for securing consignments, developing auction catalogues, and managing the spring and fall auctions in New York.

In his professional career, which spans 15 years, John has developed an in-depth expertise in cutting edge contemporary art, and has worked in the highly-regarded contemporary art galleries American Fine Arts, Co., Daniel Reich Gallery, and Broadway 1602, and was Integral in building the curatorial directions and sales programs of each business.

Originally from Florida, John holds a BFA from the Cooper Union for the Advancement of Science and Art in New York. 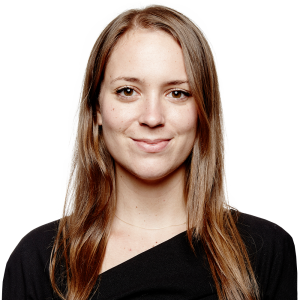 Based in New York, Ms. Deane joined Phillips in 2014 as a Latin American Art Specialist, becoming Head of Sale in 2015. At Phillips, Ms. Deane has led the department to exponential growth, setting numerous world auction records with a particular focus on promoting important living female artists, such as Carmen Herrera, Doris Salcedo and Olga de Amaral. She came to Phillips after five years with Mary-Anne Martin Fine Art, a pioneer in the field of Latin American Art, where she was Director of Sales and helped curate numerous exhibitions at the gallery, including Diego Rivera: The Italian Sketchbook, 1920-21. 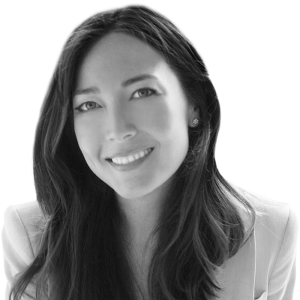 New York-based art advisor, Heidi Lee Komaromi has 16 years of experience in the art world, specializing in Post-War and Contemporary art. She has advised, managed and built collections for individuals, estates and Fortune 500 companies and has acquired and appraised over 3,000 works of art by both emerging and internationally renowned artists. Having worked extensively on both the primary and secondary markets, she has in-depth art knowledge and a keen ability to source and evaluate fine art objects. She was a Director at Artnet, the world’s largest art data and media company and Waterhouse & Dodd Gallery. In 2010, she founded EditionedArt, the first online gallery focused on selling curated limited editions by contemporary artists. Recently, she co-built a multi-million dollar art platform for Twyla, an art e-commerce site funded by Google Ventures, Redpoint and IVP. Heidi holds a masters degree from Christie’s Education in ‘Modern and Contemporary Art and the Market’ and is a USPAP certified art appraiser. 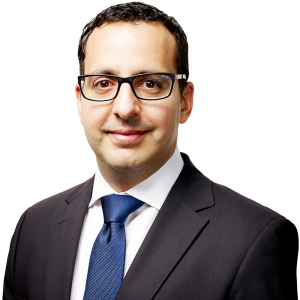 Paul Boutros is Head of Americas and the International Strategy Advisor for Phillips in Association with Bacs & Russo – the leading international auction house dedicated to fine collector’s watches.Joining the firm in January 2016 and based in New York City, his appointment follows his support as a consultant, where he was instrumental in establishing the department. His initiatives directly contributed to the record-breaking results of the Phillips Watch Department’s inaugural year in 2015, during which it achieved $80.3 Million in sales. A passionate collector of wristwatches for three decades, Paul is a specialist in the authentication and valuation of collectible wristwatches, advising clients on obtaining enduring, investment-grade watches and collections.

In his spare time, Paul is the Watch Columnist for Barron’s PENTA, where he writes about modern timepieces while promoting the timeless appeal of luxury mechanical watches. Frequently appearing on television programs sharing tips on vintage watch collecting, he has hosted talks for luxury brands and publications with presentations discussing the art of watch collecting. Paul also serves as a consultant to luxury brands, working collaboratively with brand leaders, helping them grow their businesses. Most recently, he guided the development of an all-new timepiece collection for a well-known luxury brand.

Earlier in his career, Paul held Design Engineering, Product Development, Program Management, and Marketing and Business Development leadership positions at advanced technology firms. He holds a bachelor’s degree in electrical engineering from Rutgers University and received a master’s degree from the University of Pennsylvania.

Phillips is a leading global platform for buying and selling 20th and 21st century art and design. With dedicated expertise in the areas of Art,…