Hohmann Fine Art is proud to represent the estate of Robert Freimark, who resided in the Silicon Valley most of his life.

Recently, the family has released a number of important paintings and it is our privilege to exhibit these exclusive works during Art Silicon Valley/San Francisco. Join us to discover more about this Silicon Valley icon as we discuss the life and work of this legend in art.

Attendees will learn about: 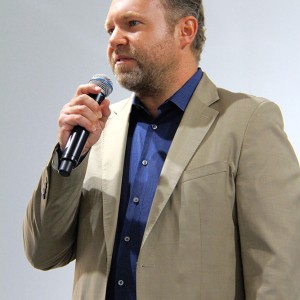 Christian is a second generation art dealer and gallerist. The original Galerie Hohmann was founded by his parents in Germany in 1976. Christian joined the family business in 1993 at the age of 19, publishing fine prints with many of the artists that were represented by the gallery. In 1995 he opened his own gallery in Hamburg, Germany and in 2001 he added a location in Berlin. He studied art history and economy in Trier and Hamburg, Germany. In 2003 he moved to Palm Desert, CA to manage the Hart Gallery, owned by his aunt Eva Hart. In 2009, after the Hart family retired from the day-to-day operations, he opened a new gallery on El Paseo, this time using his own family name. Christian is a full time resident of Indian Wells. If he is not at the gallery working on several projects at the same time (like the upcoming 40th anniversary of his parent’s gallery), he is spending time with his wife Kaarina and their two daughters, carefully grooming what will hopefully be the third generation of Hohmann art dealers and gallerists.

HOHMANN represents a family endeavor in fine art for almost 40 years in both Europe and America. What was founded by Werner and Ursula Hohmann…