DEMOCRATIZATION OF ART: THE RISE OF A NEW ART MARKET’S PARADIGM

Pronounce the word “art”, to conjure up the image of an intellectual and sensitive practice reserved only to the upper class and aristocracy. A sacred aura still attaches to the word. Yet the notion of art as elitist is decades out of date. So out of date, in fact, that a new paradigm is emerging, and has been since about the turn of the millennium. The essential nature of art and the importance of creative expression have not changed though, it has just begun to expand and become more accessible and more democratic. As a result, the process by which art is now been commercialized results in a legitimate questioning regarding the massive offer and the necessity of trustworthy art advisors. 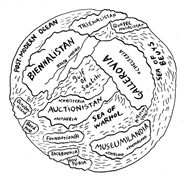 This paper examines the art market consequences resulting from art’s democratization and responds to the research leveled by Deloitte’s Art and Finance Report 2016 which states that “The art market is opening up to new audiences –this is the biggest challenge, but is also the biggest opportunity.

Democratization of art does not mean dumbing won; it means increasing access. But at the same time, the increase in the offer makes more difficult to find trustworthy expertise.

To tackle this situation, first, we need to briefly analyze, how we got to this point? The conception of democratized art is at least as old as the French Revolution of 1789. By the mid-1800s, an understanding of museums as educational institutions was attracting increased attention both as a means of countering the social impacts of industrialization and urbanization, and of fostering positive and progressive social change; resulting in the introduction of free admission and open-evenings. The social potential and even moral virtue of engaging with art and museums during the 19th century became more popular between 1895 and 1905 when the narrative of “bringing art to the people” or the democratization of culture emerged in France.

Once again, these ideas were embraced, but this time by the artists themselves during the mid-1900s; though contemporary manifestations of art’s social mission only emerged during the post-World War II economic boom.

The growth of the middle class, in conjunction with postwar immigration and emerging patterns of social exclusion, obliged the state to play a key role in the pursuit of culture’s social mission. Furthermore, artists began inserting themselves into pop-culture and mass media formats for disseminating information and accessing wider audiences, beginning to revolutionize the idea of the art inserted in the everyday life.

The artwork’s unlimited visual exposure given by the museum and Internet’s democratic access maximizes the number of potential buyers, whose ownership desire over the masterpieces raises considerably their price tag. The expanded competition among buyers, the multitudinous offer, and the vastly increased speed of the art market, has led to many of the most active collectors to employ professional art advisors to help them sort out the opportunities and help them to make a decision.

The tradition of advising art collectors is actually quite long and distinguished. Some great art advisors include no only famous connoisseurs like Bernard Berenson, but also great artists like Marcel Duchamp, who helped to build some of the greatest collections such as the Peggy Guggenheim Collection. 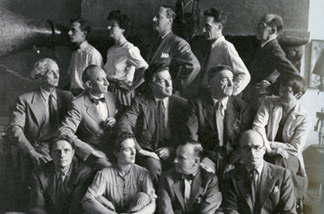 Nevertheless, not everything in life is like a bowl of cherries. Since there is no necessity of a degree or license to operate, the art advisory practice is being saturated with unqualified practitioners. As long as good jobs remain scarce, it is likely that more and more people with talent and connoisseurship –and some with the lack of both– will find their calling as art advisors. Occasionally, the art advisor is also an art dealer with whom the collector has a close relationship. There is a growing bank of professional art market advisors, some of whom are former professors, auction house staffers, or even people without any real qualifications except the ability to get along with socialites and millionaires. In Georgina Adam’s book Big Bucks, she quotes “Anybody with an iPhone and a pair of Louboutin’s can call themselves an advisor.

The multiplicity in the art advisory offer has complicated the identification of a trustworthy expertise, which can lead to serious danger to the art investor and collector. One of the biggest menaces of an unqualified art advisor is the possibility of lacking a code of ethics, which might result into information trafficking, or being implicated in a situation with conflict of interest. With this in mind, price manipulation in the art market is easy. A collector can never be sure whether the work is being recommended on its merits, or because of the gallery bonus. And if advisers with a conflict of interest do not disclose it to their clients, they can be legally liable of breaching their fiduciary duty.

With the essentially conflicted nature of the marketplace better understood, as well as the many potential pitfalls of doing business in such an environment, the potential investor should search for a more institutionalized third-party with proven track record and impeccable reputation such as Artemundi, facilitating the identification of trustworthy art advisory.

Connoisseurship is developed by seeing as much art as possible, good and bad. It involves a tremendous effort to keep moving around the world through the art fairs, auctions, museum and gallery exhibitions to keep up with the market and keep sharpening one’s connoisseurship. Art connoisseurship eventually becomes not just a profession, but a way of life.
If you are building a collection and require support of an advisor to understand the complexities of the art market, contact Artemundi here. 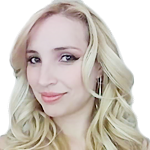 Immersed in the blue-chip art market, Giovana performs as Artemundi’s asset appreciation agent. Her deputy serves as a vinculum between deep updated research and the company’s public acknowledgment. Simultaneously, Giovana plays an active role articulating the vision of Adrastus Collection’s program and creates strategic framework for the creation of the future museum that will...