Mr. von Hohenberg's pictures are a mixture of portraiture, street photography and paparazzi snaps. His work in this show is a photo-documentation of a time and an orbit of art and celebrity that dominated New York, creating a influence on the culture that Andy Warhol redefined with his brilliant talent and force of personality. This timecapsule of photos, letters and notes paint a vivid picture of Warhol through his friends and their commemorations.

In discussion with Alfstad& Contemporary Director, Sam Alfstad, Mr. Von Hohenberg will share his photographs, what it was like photographing that day of the Memorial Service, capturing history, his photographs, Warhol testimonials, his book, “The Day the Factory Died” and selected celebrities displayed in this show.

Andy Warhol's memorial service took place on April 1, 1987 in New York City. While the NYPD held back crowds, 2,000 invited guests arrived on foot, taxi and limousine at Fifth Avenue and 50th Street and filed into St. Patrick’s Cathedral. The well-dressed mourners were mainly A-list celebrities, what Grace Glueck of The New York Times called the "most droppable names" in the world of Hollywood, fashion, music, art and international society. Christophe von Hohenberg was on the scene with his camera that day — on assignment for Vanity Fair.

An acclaimed fashion photographer, von Hohenberg was an acquaintance of Warhol and personally knew many of the attendees at the service. As the rich and famous guests began to arrive on that Wednesday morning, von Hohenberg realized history was unfolding. He went to work and captured the big names in unstudied human moments, 600 photos in all, a veritable time capsule of the epochal era that Warhol helped shape. Von Hohenberg’s photographs documented it all.

At Art New York, the photographs are exhibited with corresponding celebrity remembrances and antidotes that von Hohenberg collected by writing to those who attended. Some, like designer Diane von Furstenberg, sent back hand-written notes, and others, like Claus von Bulow, dictated their thoughts onto personal stationary. Collectively the letters are a remarkable testament to a certain social and cultural world that seems to have long ago vanished into the ether of history. It’s a portrait of a moment—and like all portraits, interesting for what it contains and what is omitted.

The Day the Factory Died

Von Hohenberg’s memorial service photos first came to light in 2007 with the publication of Andy Warhol: The Day the Factory Died. The book co-authored with Charlie Scheips, received the Photo District News Photography Book Award and the AIGA Book Award in 2007.

Von Hohenberg's "Raquel" shows the defiant movie star, her eyes hidden behind sunglasses, her two hands stuffed in the pockets of a long fur coat. Behind her, a crowd of photographers aim their cameras. The image is a study in body armor. The star creates a zone of privacy on the street with coat, sunglasses and attitude."Blondie" isn't quite so aggressive. The singer's dark jacket resembles a military school cadet's uniform — and it's buttoned right up to her neck. She smiles a faint smile, downcast eyes behind massive dark glasses. Von Hohenberg tints her image green in homage to the colorized celebrities of Warhol's silkscreen prints.In "Tom Wolfe," the New Journalism pioneer exits the cathedral with a somber, poker-faced expression. Wolfe's religious beliefs are private. But he's clearly a great believer in form. For Warhol's funeral, he left the cream suit at home and dressed in black. 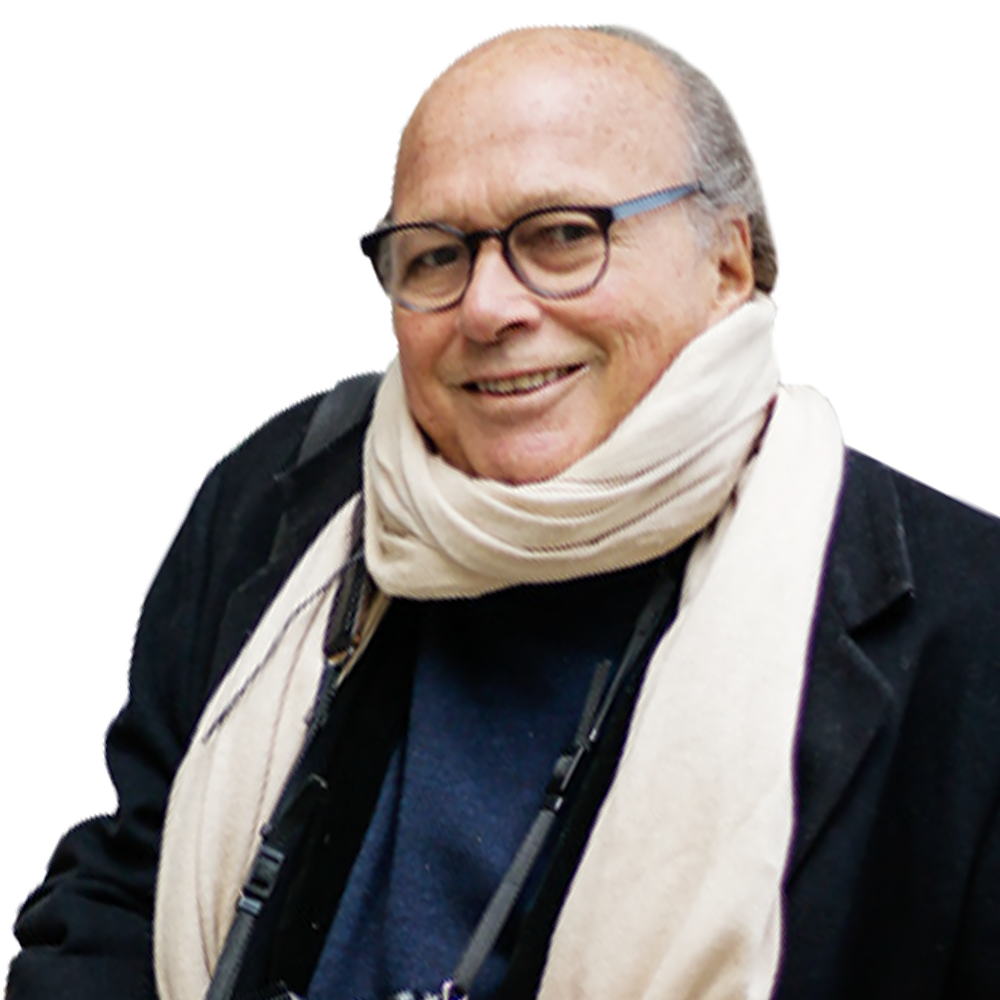 Von Hohenberg began his career in 1979 when he was discovered by American Vogue and worked for publications including Interview, Vanity Fair, Marie Claire, French and German Vogue, German Rolling Stone, Fortune, and The New York Times Magazine. In 2007, his critically acclaimed book Andy Warhol: The Day the Factory Died was awarded the AIG Book and Photobook District News Award. He has recently...